Include new and ported/converted games, and old games/tools. Subjects about CP/M software goes in the CP/M Forum.
Post Reply
3 posts • Page 1 of 1

My Next Memotech Release will properly be "Telebunnie" its quite a good game, its about turning hearts into fruits or treasures like broken hearts which later (if snake pass them), can turn into carrots. If rabbit eat a carrot he can eat the snake for limit time (like pacman). The turtle will die if he pass a broken heart!. The mission is to let the turtle eat the fruits which will give us a letter. When all letters in the fruit for the current level, is spelled a door will open and turtle can eat the "level-fruit" and then we continue to next level. Rabbit can dig holes, which will be fulled with water after a while. Beware that rabbit cant swim, turtle will just drink all the water if he come to near, and snake will die if he fall into the water. Eating a red berry will count for two letters in the spelling, and give half a letter in the bonus word "FRUIT" when the bonus word "FRUIT" is fully spelled we come to a bonus stage, where turtle is speedy and the maze is full of carrots and fruits to collect, snake is out of the maze, but you only have limited time

Turtle have 3 lives and Rabbit 6 lives. If one of them run out of life the game is over. Two players can play, switching turns, using Keyboard or Joysticks.

The game was released for Spectravideo 318/328 (A pre msx, with different bios than MSX), but same hardware, port numbers are not equal too. The spectravideo version was at TAPE, the MSX version was later released at ROM Cartridge. 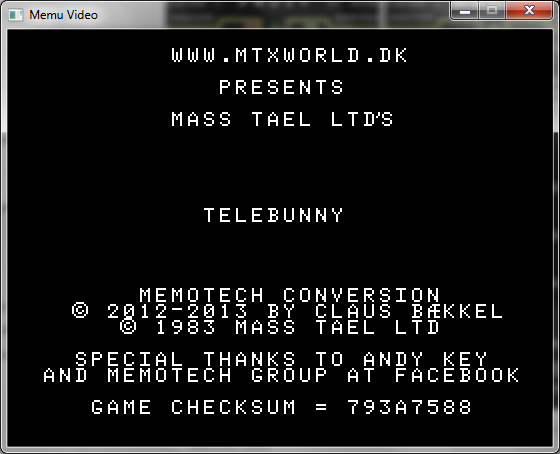 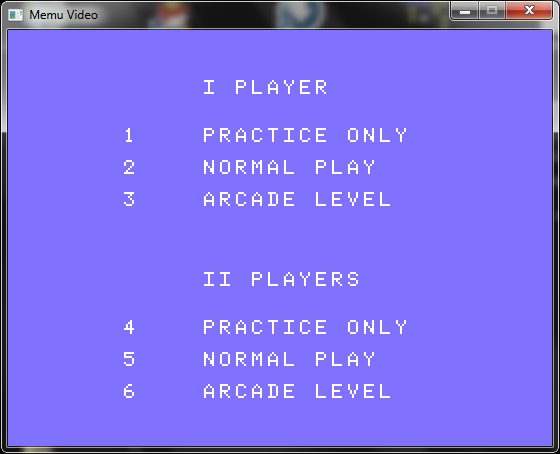 Rabbit and Snake will die if fall in to the water 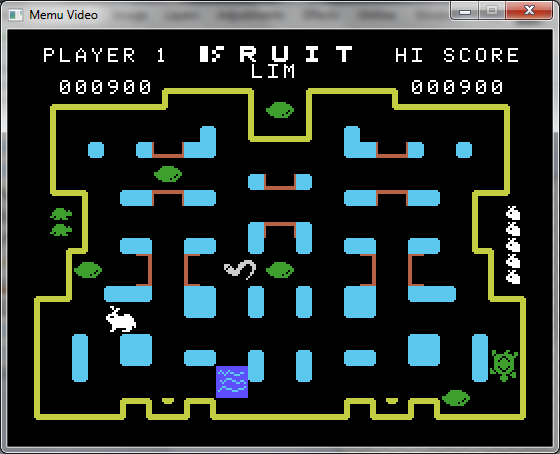 Arcade Level, two snakes and mosquito, will try to kill you 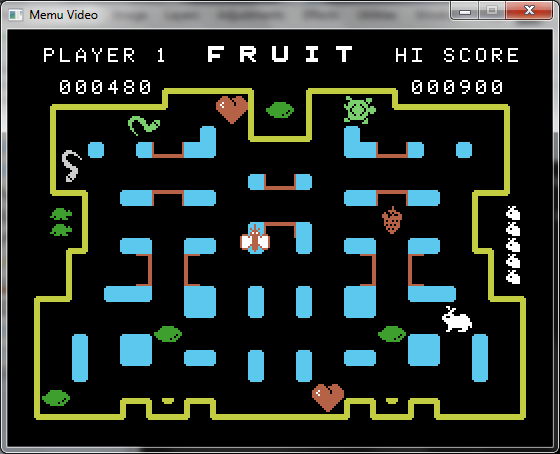 Found another bug in the Memotech version

I guess need more bug fixing and testing before release to public. Maybe I will be released at the Memotech Meeting in 2013

Actually "Telebunny" is Ready. It might still have bugs, I didn find. I work at a PDF manual. So when its finished it can be released to public. Paul Daniels have converted to .MTX file - a beta version which as I know should work. Still a bit to fix, and lack of time means maybe it will be completed in a few months maybe before - depends.....
//CLAUS - Webmaster at www.mtxworld.dk
Top
Post Reply
3 posts • Page 1 of 1